Founded in 1997 by director Léa Pascal, the company became recognized over the years for the quality of its magazine series, documentaries and drama series. 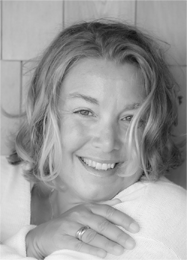 An accomplished communicator and businesswoman, holder of a bachelor’s degree in administration from McGill University, Léa Pascal made her début in the world of television in 1995, first as a columnist and then as a host. In 1997, she launched her production company with Fais-en ton affaire!, a series broadcast on TVA from 1997 to 2000, and then on RDI from 2001 to 2003 under Circuit PME, about young entrepreneurs in Québec and Ontario. In 1998, Léa Pascal won the Arista Sunlife Award for creating Fais-en ton affaire! and in 1999, her production company received the prestigious Mercuriades award. In 2009, Léa Pascal won the Gemini Award for multiculturalism for the Chic Choc series which presented role models for Aboriginal youth. Many nominations for nearly 250 hours of magazines and documentary series followed. In 2004, Léa added new roles to her accomplishments by becoming a writer and director for the Jardins series broadcast on ARTV and Radio-Canada. In 2012, the Ottawa Underground series which presented the hidden side of Ottawa became known for its original approach. The mission of BLIKTV is to inspire, focus on knowledge and take a fresh look at the francophone culture in Canada. In 2015, Léa Pascal received the “Ordre de la francophonie” from Prescott and Russell for her commitment to the French language and culture. In 2019, Léa Pascal made a first fictional series with the police thriller Eaux Turbulentes broadcast on Radio-Canada.